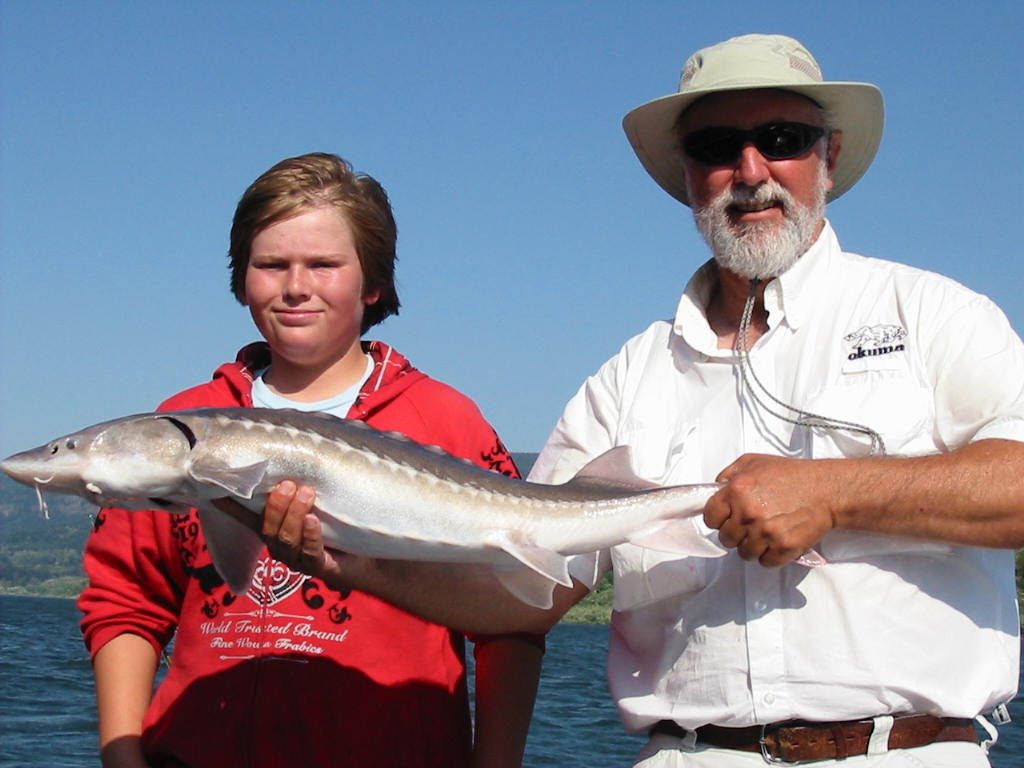 Ken fishing with his nephew, Ryan.

For local fishing guide Ken, last summer was a bust. But not for lack of paying customers or fish to catch. Ken could hardly work due to pinched neck nerves that caused pain to radiate down to his forearm and hand.

“I had to cancel half of my trips last August and September. I simply couldn’t work, mainly because I couldn’t lift my arm. I lost a lot of my trips that year,” Ken said.

Ken, 65 years old and retired from a career in industrial equipment sales, has spent the past 18 years taking people fishing on the Columbia River. They fish anywhere from John Day to Portland, hoping to land salmon, steelhead, walleye, or the occasional sturgeon.

Whether running the motor or lifting catch out of the water, Ken’s work requires him to use his left arm.

“Not being able to do what I enjoy was tough last year,” he said.

Fortunately, Dr. Nelson Saldua, a Vancouver Clinic orthopedic surgeon who specializes in spine surgery, had a solution for Ken’s pain. Based on an MRI of his neck that showed protruding discs compressing nerves, Dr. Saldua recommended an anterior cervical discectomy and fusion for vertebrae C4, C5, and C6. Ken’s procedure would require bone grafts, a steel plate, and six screws for stability.

“Ken was a strong candidate for surgery because his symptoms of neck and arm pain correlated very well with his x-ray and MRI findings,” Dr. Saldua said. “When this correlation exists, spine surgery often is very successful.”

Before the surgery, Ken rated his neck and arm pain as a ‘10’ on a 10-point scale. Seven months after surgery, it’s at zero.

“When I woke up after surgery, my pain was gone. I don’t have any recurring pain or any tingling,” Ken said.

Ken is relieved to be living without pain and to have a good range of motion. He is thankful for the care he received from Dr. Saldua and his team.

“I really like their professionalism and the way Dr. Saldua explained things—he gives you the straight answer. My primary care provider told me afterward, ‘Some surgeons will cut you just because they can. Others want to see if they can help you. Saldua only does it if he actually believes he can help you,’” Ken said.