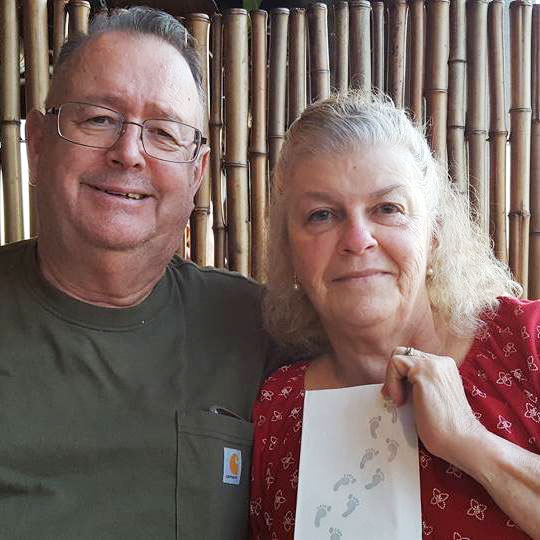 Paul found himself in horrible pain in early 2017. It seemed to be coming from one of his hips.

Paul, 73, tried physical therapy, chiropractic care, and acupuncture. Nothing made much of a difference. Not even prescription pain medication could knock it down completely.

“I couldn’t really go anywhere because I could barely make it to the car,” he said.

In late 2017, Paul went for an MRI, which revealed spinal stenosis and a cyst on his spine. With that diagnosis, he received a referral to Dr. Nelson Saldua, a Vancouver Clinic orthopedic surgeon with specialty training in spine surgery. At the consult, Dr. Saldua explained the problems and his recommendations.

“Dr. Saldua made it very clear to understand. His team—his physician assistant and medical assistant—was also excellent. I knew Dr. Saldua had been a Navy surgeon, so I felt quite confident with him and knew what he was offering would be my best shot at getting it taken care of.”

Paul, a fellow veteran, immediately decided to move ahead with the surgery. Shortly after the new year, Paul met Dr. Saldua at Legacy Salmon Creek Medical Center. In the operating room, Dr. Saldua removed the cyst that had been putting pressure on the sciatic nerve. To alleviate pain caused by the stenosis, Dr. Saldua enlarged the spinal canal in a procedure known as a laminectomy.

“It was clear that Paul was in so much pain,” Dr. Saldua said. “Most patients experience significant and even complete reduction in pain following a laminectomy.”

And that’s how it went for Paul.

“I woke up in the hospital with no pain,” he said. “I thought ‘It’s the anesthetic.’”

However, when the anesthesia wore off, he realized that the pain from the cyst and the stenosis was gone for good.

Now Paul, a Vancouver resident and retiree from Union Pacific railroad, is making up for the year he spent unable to enjoy life. He attended the graduations of each of his three granddaughters, went to Lincoln City, Oregon, with his wife to celebrate their 50th wedding anniversary, and got his back yard into shape. He’s going to the gym two or three times a week. His favorite fishing spots are within reach again.

Paul said he’d recommend anyone with back or other musculoskeletal issues see Dr. Saldua.

“He made a believer out of me!” he said.