After five years of pain, surgeon spots bone spurs everyone else missed 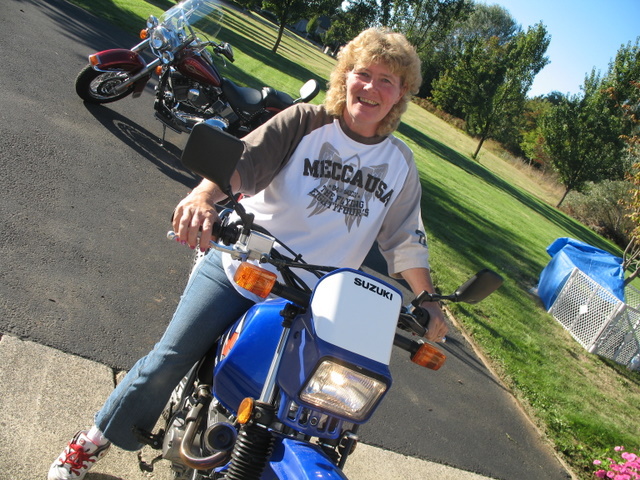 Debbie is used to living a busy and active life. When she was younger, her interests included motorcycle jumping and horseback riding. She played softball for 20 years and also picked up rock climbing, archery, fishing, golf, and wood carving.

Then five years ago all her extracurricular activities slowly ground to a halt. Debbie started feeling pain in the small of her back. The stabbing sensation got worse and worse until she couldn’t participate in normal daily activities, let alone get outside and swing a club.

“I didn’t mind that I couldn’t vacuum the living room, but I didn’t like not being able to do anything,” the 66-year-old Vancouver resident said.

The pain affected her family, too. Debbie’s husband hated to see her hurting and missed being able to play their favorite sports together.

“It slowed us both down,” Debbie said. “It’s no fun to play golf with one person.”

She went to a pain clinic, however doctors there couldn’t find anything on her MRIs. Her doctors tried epidural steroid injections, radio frequency ablation, and spinal cord stimulation, but those didn’t help. The clinic eventually put her on narcotics—the only thing that could take the edge off. However that meant that Debbie, a former school bus driver, had to give up driving. When the symptoms were at their worst she used crutches because the pain radiating down one of her legs was so severe.

It was frustrating and disheartening to be in pain with no end in sight, but Debbie kept hoping for a breakthrough. Relief finally came via Dr. Jennifer Ong, Debbie’s primary care doctor at Vancouver Clinic. Debbie mentioned off-hand how tired she was of dealing with debilitating back issues. Dr. Ong referred her to her colleague, Dr. Nelson Saldua, an orthopedic surgeon with specialty training in spine surgery.

Dr. Saldua saw Debbie’s MRIs through different eyes and zeroed in on some bone spurs. He knew they could be fixed and suggested a laminectomy to remove the source of nerve compression, which was a combination of those bone spurs, disc bulge, and ligament thickening.

“Debbie was a difficult case because she had prior surgery and a prior spinal cord stimulator,” Dr. Saldua said. “Nonetheless her back pain and radiating leg pain could be attributed to her nerve compression. Nerves under compression are unhappy nerves and relief of that compression can result in relief of pain.”

Debbie was onboard immediately.

“I figured if he was over in Afghanistan and bombs were blowing up I stood an excellent chance of getting a good surgery,” she said, referring Dr. Saldua’s time as a Navy surgeon. In 2012 Dr. Saldua had deployed to a NATO hospital in Kandahar—the middle of a war zone.

Dr. Saldua proceeded with the operation. It went well, but in the days after surgery, Debbie didn’t know if it had really helped. Everything still hurt and it kept hurting for a solid month. Then something happened: The pain started to disappear. When Debbie hesitantly touched her spine with her fingertips she realized that the pain she was feeling now was from the surgery, not the bone spurs. Three months later the pain was completely gone.

“It’s like a miracle, a gift from God,” Debbie said. “He did a tremendous job. It’s the first time in five years I’ve had no pain in that area.”

Today, Debbie is concentrating on getting her former life back. She’s regaining strength in muscles that had started to atrophy. She’s drastically reduced her medications and is working with her pain medicine doctors to safely come off narcotics completely. She’s picked up carving again.

A year from now, Debbie wants to be driving and back doing all the other things she loves. The fish in Battle Ground Lake are calling, and she can’t wait to put her hook in the water again.