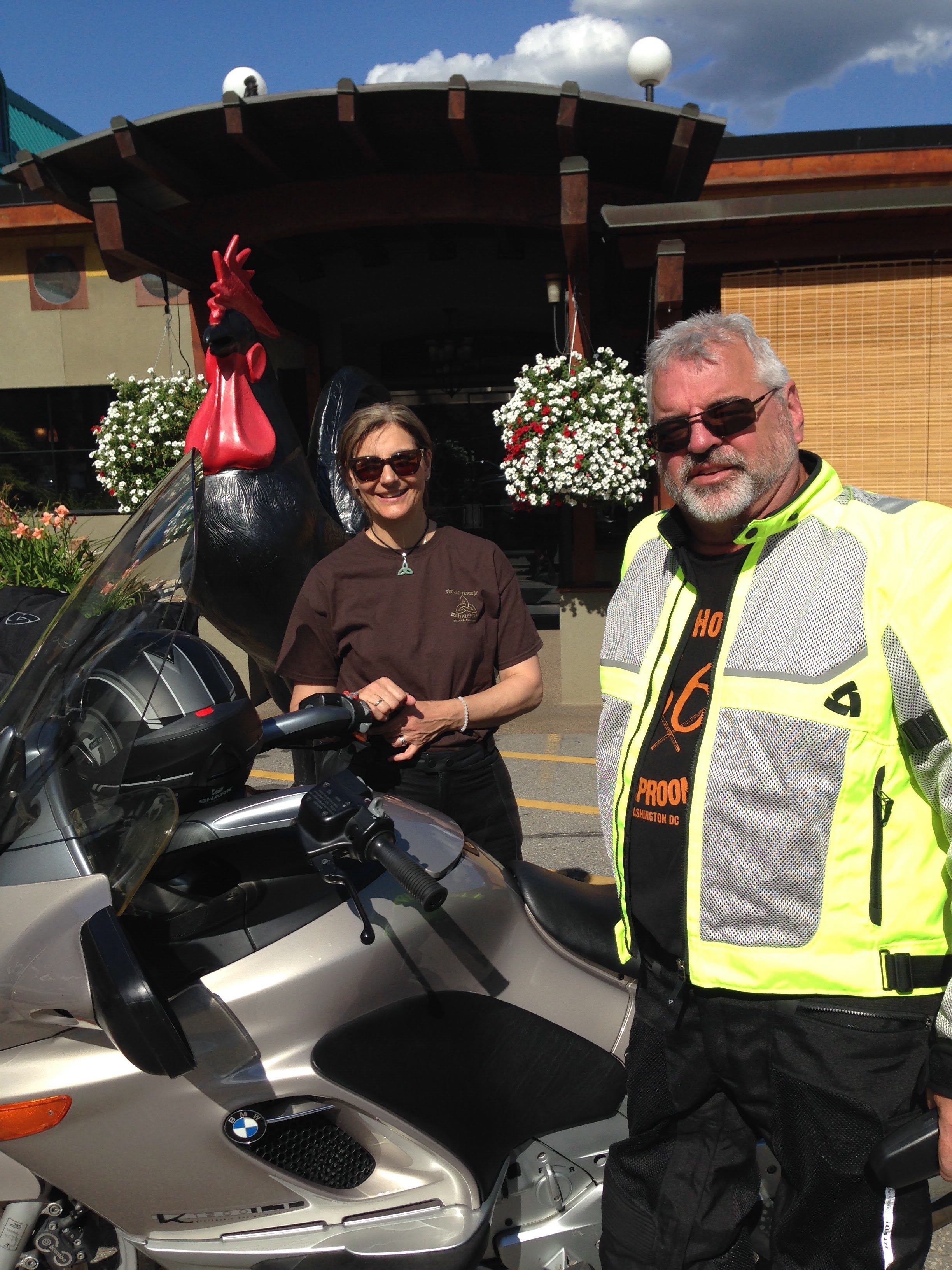 Randy and his wife

About 20 percent of adults today are walking around with a literal hole in their heart, a remnant of the fetal circulatory system. In most cases, this hole between the top two chambers of the heart is harmless. However in a small number of people, tiny blood clots can travel through the hole and into the brain, causing a stroke.

This is what doctors think happened to Randy, a now 65-year-old Vancouver retiree. Five years ago he was watching a football game and fell asleep. When he woke up his vision was off.

“It was like someone had taken a flash picture and the light was still in my eyes,” he said.

Randy has experienced occasional auras since he was young and he thought it was another one of his spells. But this one didn’t go away. A battery of tests at the hospital revealed that he had experienced a stroke. Test results also showed that he had a patent foramen ovale (PFO)—a hole in his heart. With no other clues and no other symptoms, doctors concluded that his stroke was likely a byproduct of the PFO. The best approach to care at the time was to put Randy on medication. All the literature suggested there was no benefit to closing the hole.

Randy did well on the prescription and didn’t have any further strokes. Then in October 2018 he went in for a double knee replacement. The surgery went well but he ended up with a common side effect—a blood clot. Managing that clot reignited a discussion among his care team. His Vancouver Clinic primary care provider, Dr. Van Huynh, reached out to Dr. Nathan Boyer, her colleague in cardiology. When they were discussing how long Randy needed to be on anticoagulants, and his overall risk due to his medical history, Dr. Boyer also brought up the fact that care for PFO patients had recently changed.

Surgery is the answer

In 2017 the New England Journal of Medicine published three new research trials on PFO closures. The studies found that physically closing a heart hole does a better job of preventing additional strokes than medication alone. With the scientific evidence now supporting PFO closures, the cardiology team at Vancouver Clinic decided that it was a procedure they wanted and needed to offer.

“The technology has been available for many years but now we have the science that proves it works,” Dr. Boyer said. “There is no question there is a benefit for some patients.”

Dr. Boyer believed Randy was one of those patients. Randy agreed.

Dr. Boyer performed nearly two dozen of the closures as part of his fellowship in interventional cardiology at the University of California, San Francisco. The procedure has also been available in Portland and Seattle for several years. But Randy’s procedure in March was the first one ever in Clark County.

“When I was getting prepped I asked the nurse, ‘So you do a lot of PFOs?’ The nurse said, ‘Nope, you’re the first.’ And I said, ‘I wish you would have lied!’” Randy recalled.

Randy said that the idea of having instruments inserted into his heart was scary, but that he trusted Dr. Boyer.

“When you’re talking to him it’s like he has all the time in the world for you,” Randy said. “He’s very thorough in explaining things. He made me feel very comfortable about deciding to do it. He’s just a great guy.”

Randy also had the support of Dr. Boyer’s colleague, Dr. Jane Luu, a cardiologist at PeaceHealth. Both doctors are trained on the procedure and decided to do their first Clark County cases together as a team. Randy was one of three patients that day.

The surgery went well and Randy woke up virtually pain free. His biggest complaint was that his head hurt from missing his morning coffee. He was back at home the next day, ready to start enjoying his recent retirement from C-TRAN.

“This was both gratifying and exciting for me,” Dr. Boyer said. “Randy is a great guy who is very active and has an incredibly full life. It feels really good to know I may have helped him from having another stroke. From a technology standpoint, it was really exciting to launch this therapy in Clark County.”